The basic premise of the design is that after we submit the ticket to your PSA, we give you access to the information and allow you to suggest additional steps to the user.

These suggestions are made through series of if statements which use Python syntax. The commands you write are literally interpreted by Python 3 on the users computer, so you have a full fledged programming language at your disposal to make your rules. 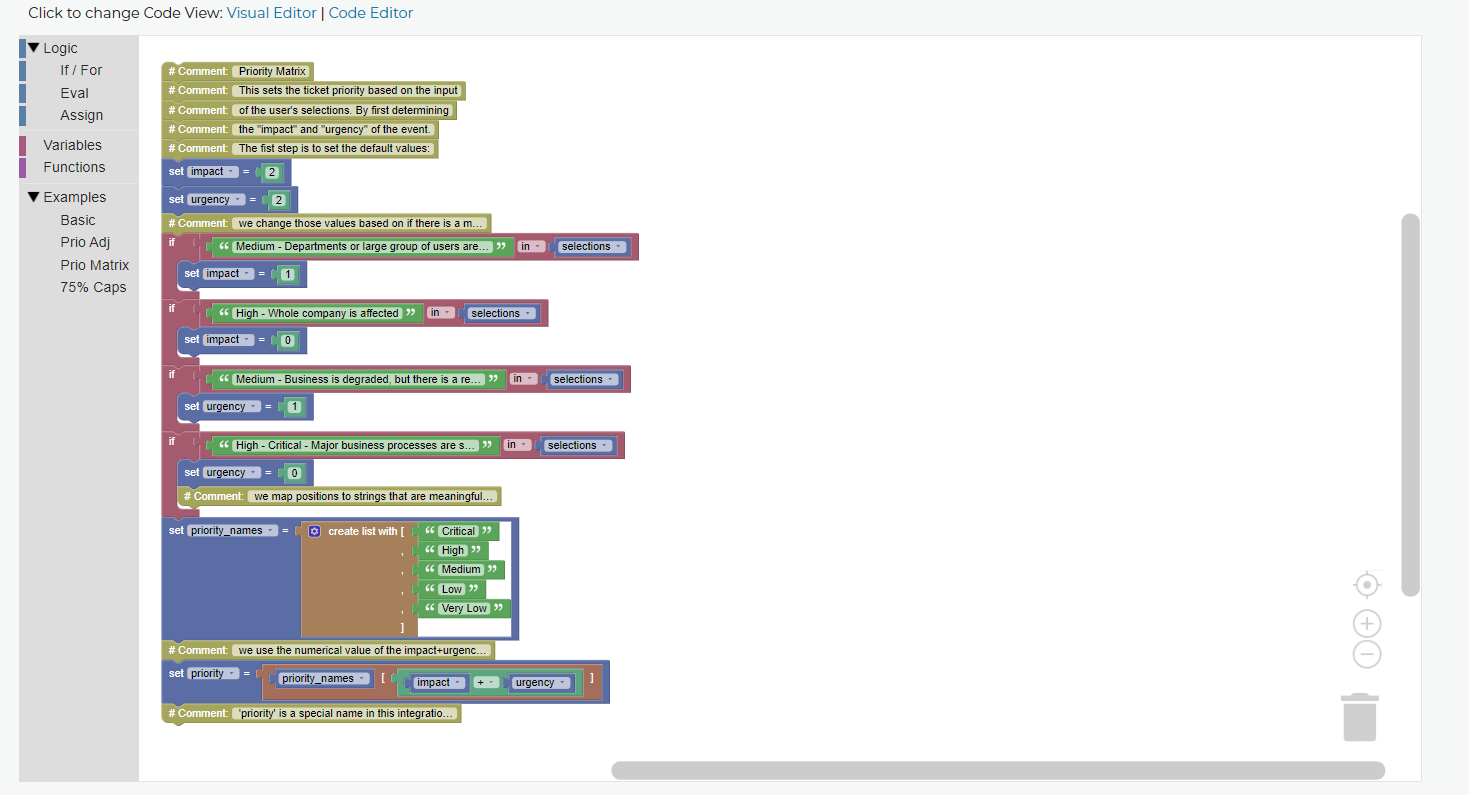 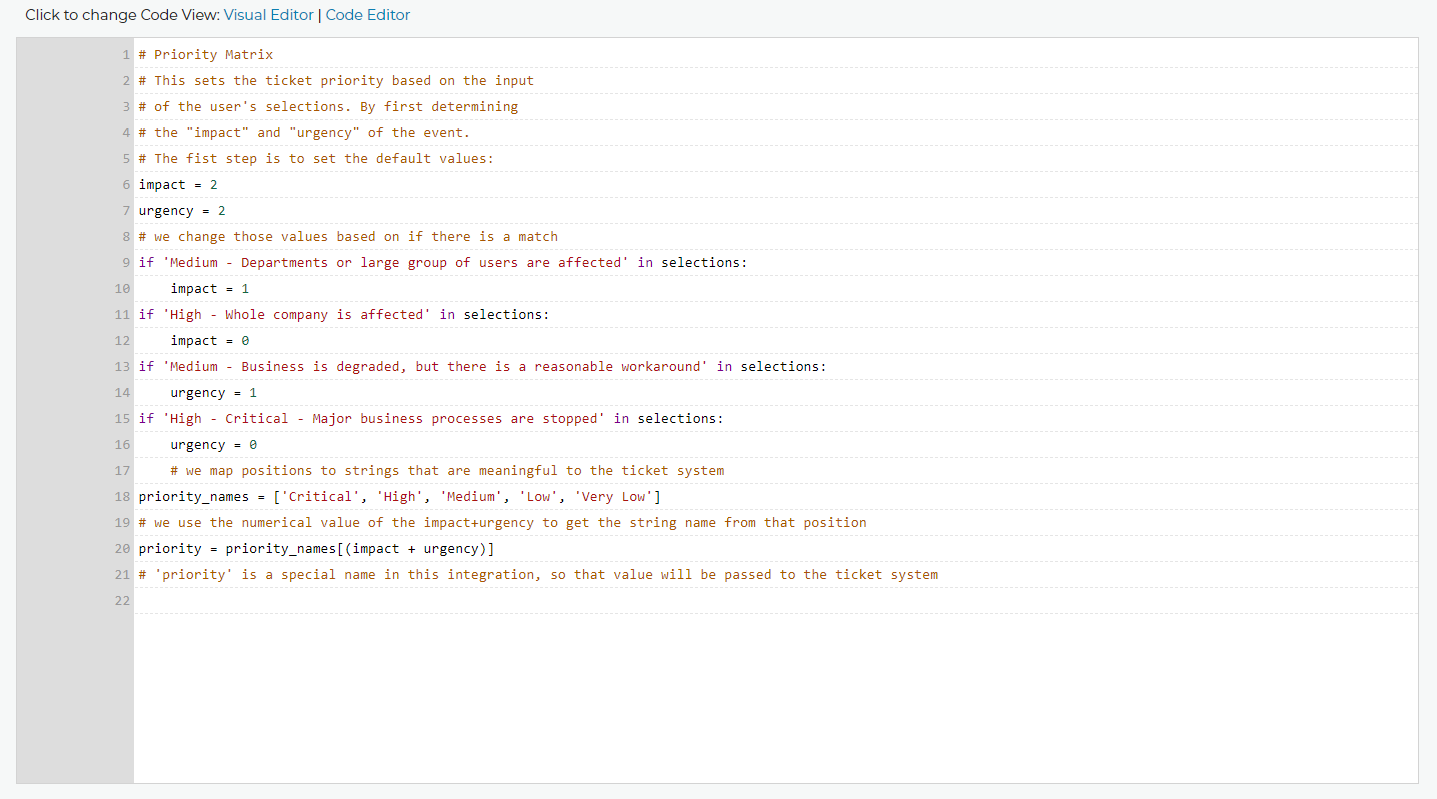 You can also test these rules by imputting test data and running the rules against that data. All variables will be outputted so you can see how the rules change them. If there is a syntax error in the rules we will let you know where, you can also click the link to see the error in the Code Editor.

The test shows everything in a raw format for people who want to know everything about what is happening. You don’t have to worry about things like repeating identical actions appearing on the clients side.

Make sure to save the changes to your rules! The code will be tested to make sure there are no syntax errors, and you will get a message letting you know if it was successful.

You can see the variables available in the Visual Editor of the Tier2Assist but here they are for reference. There for more information take a look at the A deeper dive into Variables section below

This is what the user will see after submitting a ticket, if the rules determine a Tier2Assist should be shown.

A Tier2assist consists of a message (the text that shows up beside the button) and an action (the command run on the users machine if they click the button).

First off, “selections” is the text that makes up which radio buttons and checkboxes were selected by the user in the GUI. So let’s assume you have a checkbox that says “Chat with us” and you want that check box to cause an option to open a direct chat via tawk.to. This is what that rule would look like:

As another example, let’s assume you want to always show an option for the user to reboot thier machine. Here is what that rule would look like:

Now lets say you have a form that needs to be filled out upon new employees being hired. If you want to show an option to fill out this form based on the keywords hiring, hire, and new employee appearing in the message, here is what that rule might look like:

Additionally we have some special integrations with google forms Tier2Forms to allow the information from a submission of such a form to the ticket that was just created.

Now lets say you have a form that needs to be filled out upon new employees being hired. If you want to show an option to fill out this form based on the keywords hiring, hire, and new employee appearing in the message, here is what that rule might look like:

Additionally we have some special integrations with google forms Tier2Forms to allow the information from a submission of such a form to the ticket that was just created.

If you wanted to show a password reset link if both office and password were included in the ticket message, a rule like this may be appropriate:

Now lets say you want to allow a user to schedule and appointment. Here is a rule that does this if they select a checkbox that contains the word schedule:

We also allow connecting to external APIs. This is a fun API that suggests activities if someone is bored. It is an open API that does not require an API KEY

Suppose you would like to get a message to #general in slack whenever you get a new ticket. Here is what that rule looks like (Make sure to put in your Slack API Key in the spot provided):

SLACK IS DISCONTINUING ITS DIRECT API IN FAVOR OF SLACK APPS

This method requires that you have set up an app in slack with an Incoming Webhook, a bot, and give the bot permissions to post in the channel

A deeper dive into Variables¶ 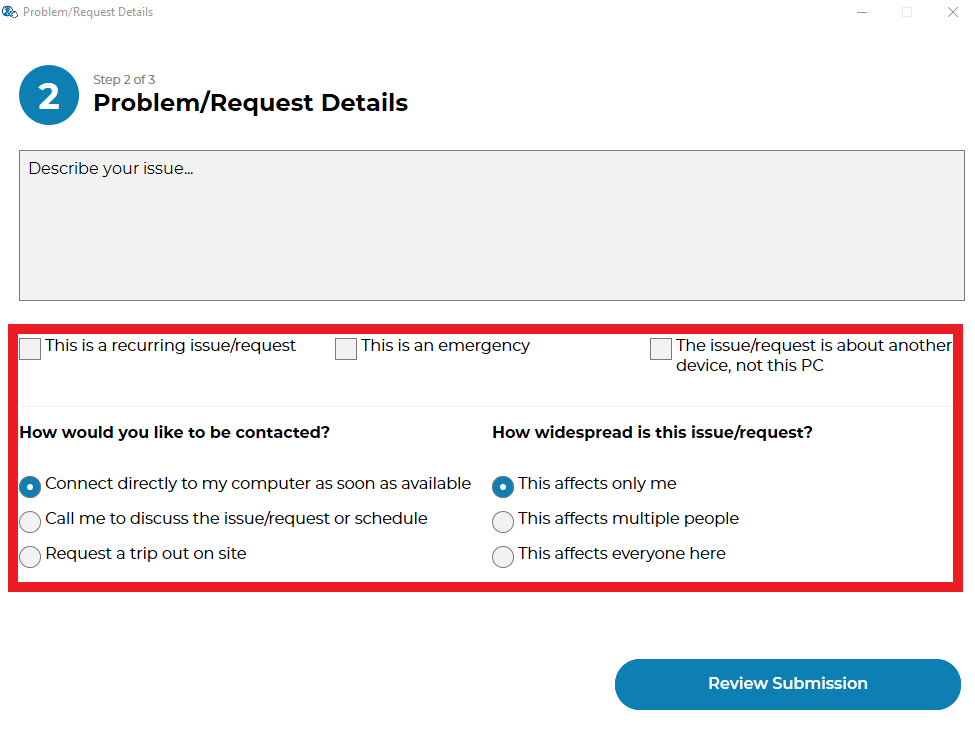 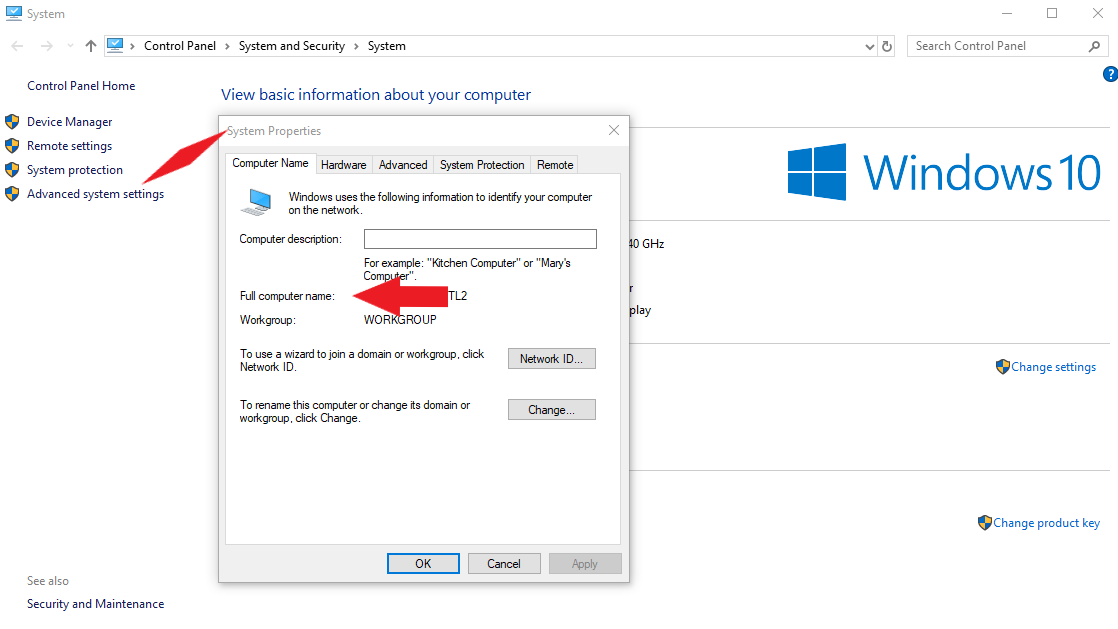 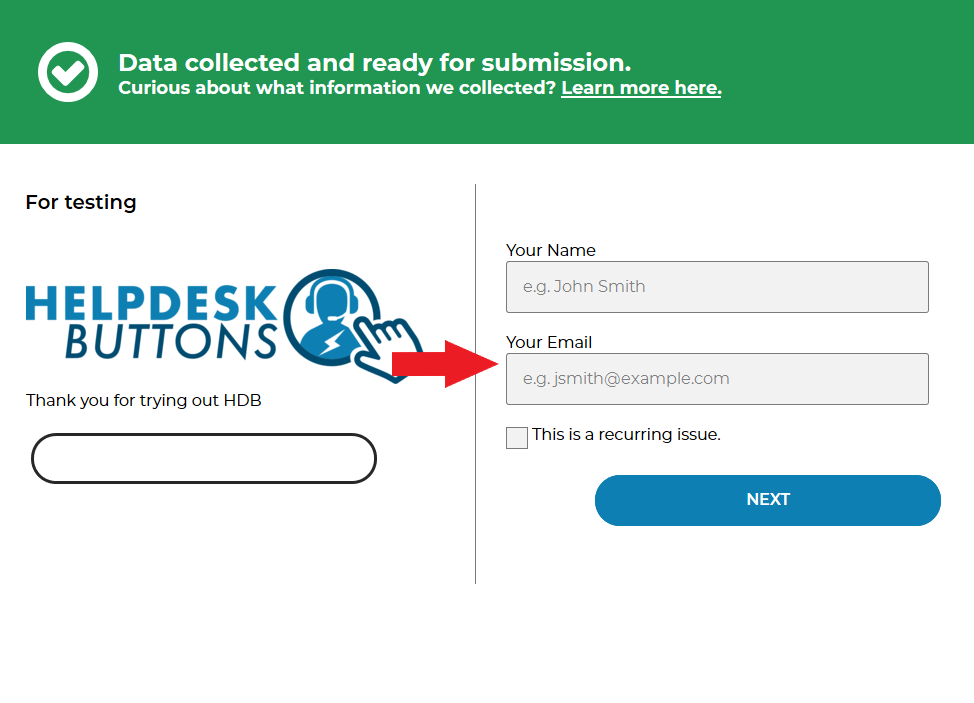 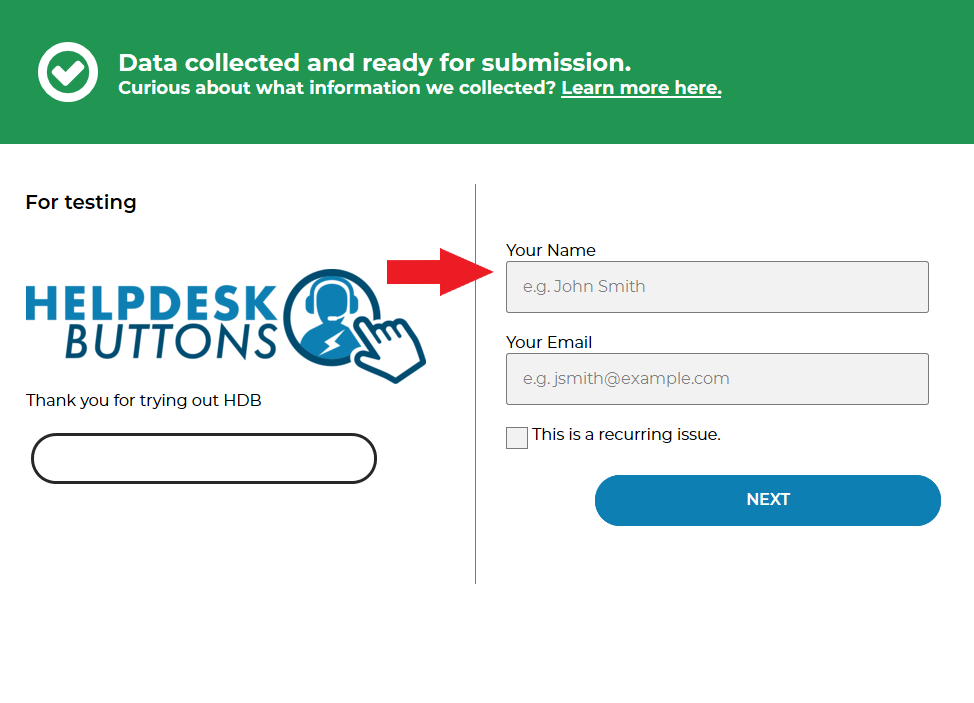 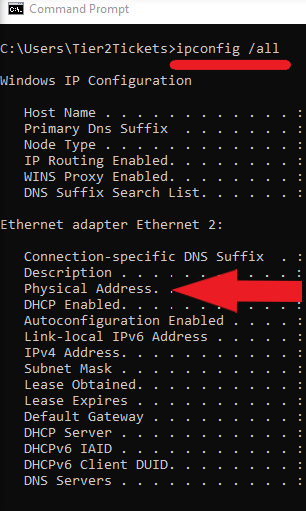 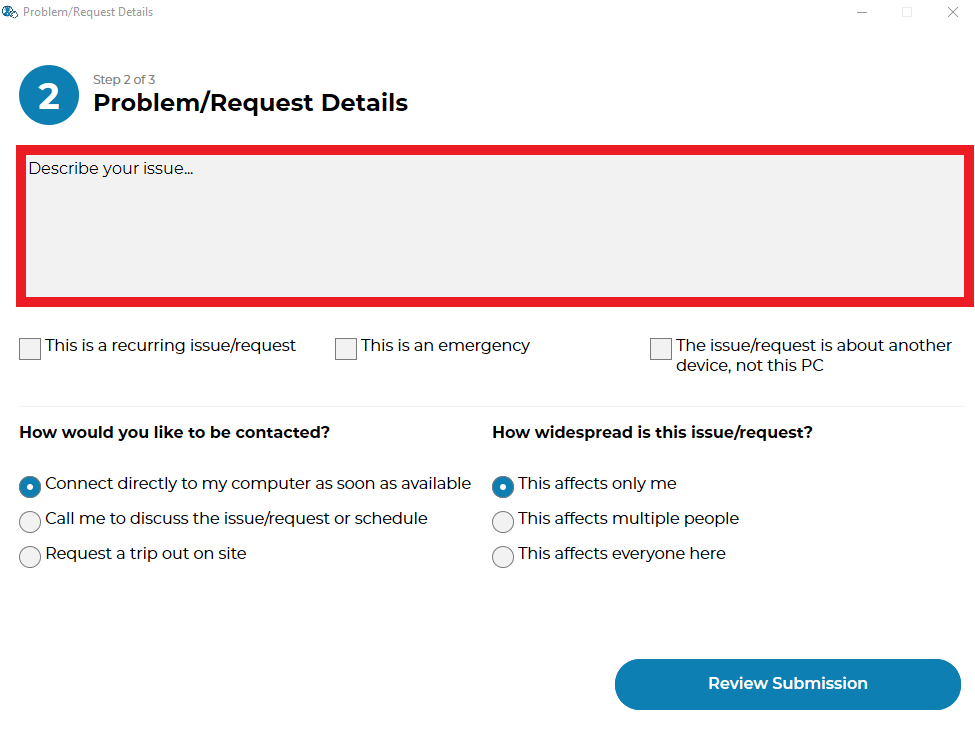 Refers to some text that has been appended to the message. This typically will have been generated by a Tier2Script :

The username of the windows account that submitted the current ticket.

The version number of the HDB software